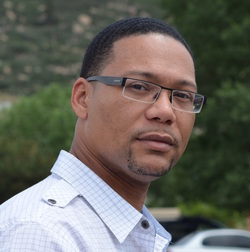 “Life is a series of problems that must be solved...”

When I first heard that statement, I was Hustling on the streets (and not very successfully).  I used to hang around so-called thugs and so-called Hustlers and so-called Macks and they all used to talk about "Game" and how they had some.

I listened to their theories and experiences of using Game to get what they wanted or to manipulate someone into doing something. But when I first heard that statement above (and after it was thoroughly broken down for me) I knew right then, the Game was something deeper than petty victories and slick words.

The Game is far beyond “street” mannerisms, simple con-games, manipulation and mental tricks. The Game is knowledge, wisdom and understanding about the natural order of life. This information was always meant to empower, level “playing fields” and liberate you from mental and emotional enslavement. Passed down for centuries from mouth to ear – I now pass some of this priceless information on to those that are seeking it.
After two failed business, many failed relationships and many ups and downs I learned one thing:

I laced my boots up and put my head down and I began to achieve levels of success that most people only dream about. My life changed because the knowledge I operated from changed.

After being around true Hustlers and legitimate Players in their various Games for years, I began to arrange and organize all the information I soaked up. I then came to the conclusion that everyone was basically saying the same thing. They just applied it differently. There had to be a foundation, something that tied all this knowledge together - where did this vast ocean of information actually come from?
The Game is what it is. You can't define it, put it in a cute little box and place it on a shelf. The Game encompasses psychology, sociology, science and culture. And it also includes history. The true original Game is a very old script and has been played all throughout the World. In fact, our entire modern World still runs on the very structure of the Game.

On a personal level, If I had to sum up what the Game is, I would just say that it's self-empowerment. Not positive thinking, wishing, hoping and praying but a very unique way of looking at yourself and the World around you. The Game will strip you of all the ridiculous thoughts, dreams, aspirations and so-called goals that you were taught to chase after.

"Who was W. James Dennis?" I was just like many of you. Frustrated, confused, running in circles and trying to look like I was "about something", but didn't realize you have to "become something" first.

I now write, teach and speak about what I know. This isn't theory. This isn't regurgitated information I heard and thought sounded slick. I lived and still live the things I speak about. If you need to verify that I'm qualified, visit my original blog that started it all. And then visit my current blog right here on this website. I've been doing this over 11 years now.

The Game is out there on every level. Learn to play or be played.